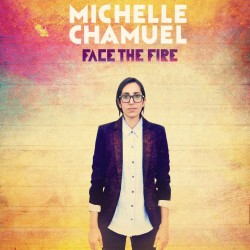 The American musician, who was the runner-up on the fourth season of NBC's The Voice USA, Michelle Chamuel debuted her album Face the Fire on February 10th via The End Records.
The Fall single was released on iTunes on January 26th, 2015.
"Face the Fire" tracklist:
01.Face the Fire
02.The Fall
03.Golden
04.Made for Me
05.Lottery
06.Weight of the World
07.Rock It
08.Wake Up
09.Money
10.Give You

Latest music news
#1 Thalia prepared new album, DesAMORphosis #2 Future Islands are back in the studio for a new album #3 Zara Larsson share full details on her upcoming album, Poster Girl #4 Cory Hanson is out with another track, Angeles #5 Europe's ballad singer Zoe Wees arrives with new music, Girls like us
view all news