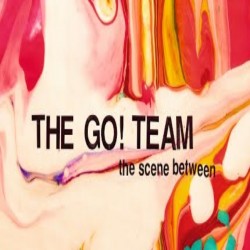 "The Scene Between" is the return album of the band, which Go! Team main man Ian Parton wrote, produced, and performed all of the songs on the new LP. It follows 2011's Rolling Blackouts.
Speaking about the album he commented: "I wanted to make an album driven by melody and song writing because catchiness is the hardest thing you can do. Brill Building hooks but permeated with a kind of wobbly VHS feel."
The band's fourth LP is set for release on March 23 via Memphis Industries.
The Scene Between album track listing:
01 What D'You Say?
02 The Scene Between
03 Waking the Jetstream
04 Rolodex the Seasons
05 Blowtorch
06 Did You Know?
07 Gaffa Tape Bikini
08 Catch Me on the Rebound
09 The Floating Felt Tip
10 Her Last Wave
11 The Art of Getting By (Song For Heaven's Gate)
12 Reason Left to Destroy


1. The Scene Between lyrics