Home Letter S Sianvar
Currently, we have 3 Songs by Sianvar 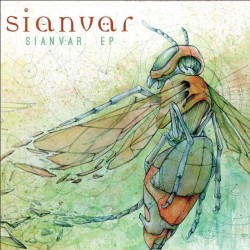 Post-hardcore band Sianvar have released their debut self-titled album which includes 5 new tracks.
Pronounced "sea-en-var", the band features the participation of Hail the Sun's Donovan Melero on vocals, with guitars handled by Will Swan and Sergio Medina of Dance Gavin Dance and Stolas respectively. Michael Littlefield and Joseph Arrington (both of A Lot Like Birds) round out the lineup on bass and drums. Check out below the album's tracklisting and song lyrics.
Sianvar's track listing as it is: