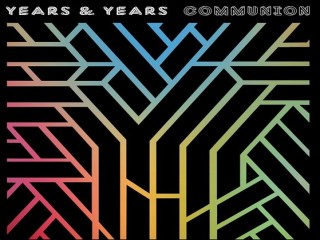 Years & Years' highly anticipated debut album now has a release date, as the trio recently announced that Communion will arrive on June 22nd, via Polydor as the band's first studio record.

While the album is available for pre-order now, we can also stream the new single Worship, a glorious track that sounds flawless to us! It features slick R&B, sensual abandon and heavenly pop all the way and you may listen to it below.

Communion track listing as it follows: