Craig Davidâs new video All We Needed has arrived, and it was chosen as the official single of BBC Children In Need 2016 campaign. Sounds pretty amazing, give it a listen in here. 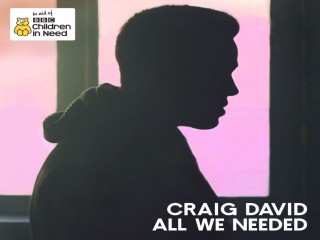 Craig David’s new video All We Needed has arrived, and it was released as the official single of BBC Children In Need 2016 campaign. Written by David and Rachel Furner, the single is included on R&B artist’s sixth studio album Following My Intuition.

All profits from the single will go to the charity, with a minimum of 50p from each sale of the track being donated. BBC Children in Need which currently funds 2,400 projects supporting disadvantaged children and young people in communities across the UK.

"I wish we could rewrite our story,

Try to say the words, but make no sound

If God is real, then reassure me

Take my hand and hold me closely

Show me that you'll always be around", he sings.

Video: Craig David "All We Needed":