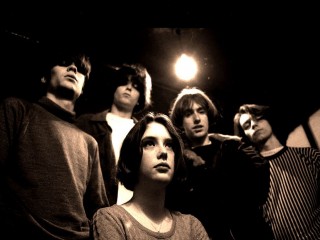 The English rock band Slowdive revealed they have finished recording a new album, the very first one in twenty years.

Slowdive reunited in 2014 for a comeback tour, and recently revealed they have finished recording a new album, the very first one in twenty years. Drummer Simon Scott said that the band is now putting the final touches to their comeback record. "We’re finished recording the album and it will be mixed this summer, but we do not know when it will be released," he told Danish publication Undertoner.

The English rock band formed in 1989, and released their last album Pygmalion in 1995 and split up the same year.

"The guys have been in the studio for the last couple of days doing some drum and bass tracks," singer Rachel Goswell said in May. "We did quite a lot of recording last year. It’s quite difficult because we’ve all got children and we all live in different parts of the country. As you get older, it is quite a challenge." "It’s all in hand. We’re hoping to get it finished by the end of July," Goswell continued. "It’s all planned."

We just have to wait and hear what they had in mind for us with this comeback!