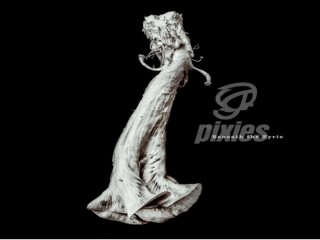 Indie band Pixies prepared a new album "Beneath the Eyrie" and just revealed its lead single, On Graveyard Hill

The Indie legends Pixies revealed the lead single off the upcoming album, a track titled On Graveyard Hill. The song was cowritten by Black Francis and Paz Lenchantin, and it’s a track that may not be a surprise for those who attended their shows this year, as they have been playing it live on tour. According to a statement from the band, the new songs consist of "tales of witches, Daniel Boone, misfits and other characters fit utterly into the band’s inherent weirdness".

The band will release their new album Beneath the Eyrie on September 13, and they are also plotting a world tour in support of it. So far, the tour dates include stops in the United Kingdom and Europe, with a California date. More tour dates are forthcoming.

Check out the track listing below: