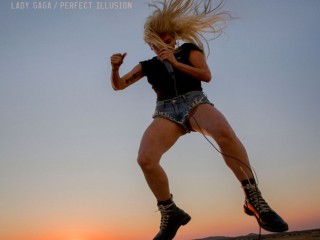 Lady Gaga revealed her new pop-rock single Perfect Illusion, that sings about a love that was only a 'perfect illusion'.

Just two days after revealing the cover art of her new single, Lady Gaga has premiered her new track Perfect Illusion. It was confirmed as the first cut off her fifth studio album expected to be out later this year via Interscope and we love the pop-rock vibe!

Written and produced by Germanotta along Kevin Parker, Mike Tucker and Mark Ronson, Perfect Illusion is a "song about modern ecstasy… We found our sweet, simple, ragey way of saying it".

A special/alternate version of the song with the extra collaboration of American rapper Twista is also expected to be released in the coming days.