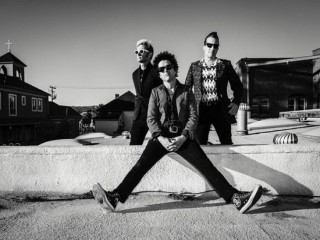 Ain’t this exciting news?! We all know that the boys don’t really care about trends in music or whatsoever, but it would be interesting to see how they’re fitting in music in 2016.

A great black-and-white picture (by Frank Maddocks) with the band members was also shared by Billie. Keep up with the news, guys, only nine days left till the release.