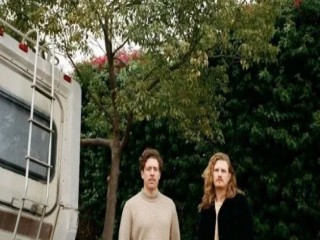 Frenship release third single off upcoming album, and also revealed the U.S. tour dates that kicks off with its release.

James Sunderland and Brett Hite, or better known as Frenship have released the third single off their upcoming album, Vacation which will arrive on May 17. The track is called Keep You Close, is out via Counter Records and was written by Frenship as a desire to hold onto those people we have a connection with, though it may not be the best thing to do.

The full-length album "Vacation" includes a number of 13 tracks, and is accompanied by their Vacation Tour with 18 dates that kicks off the next day, May 18 in San Francisco, CA.

May 31 - Toronto, ON @ The Velvet Underground