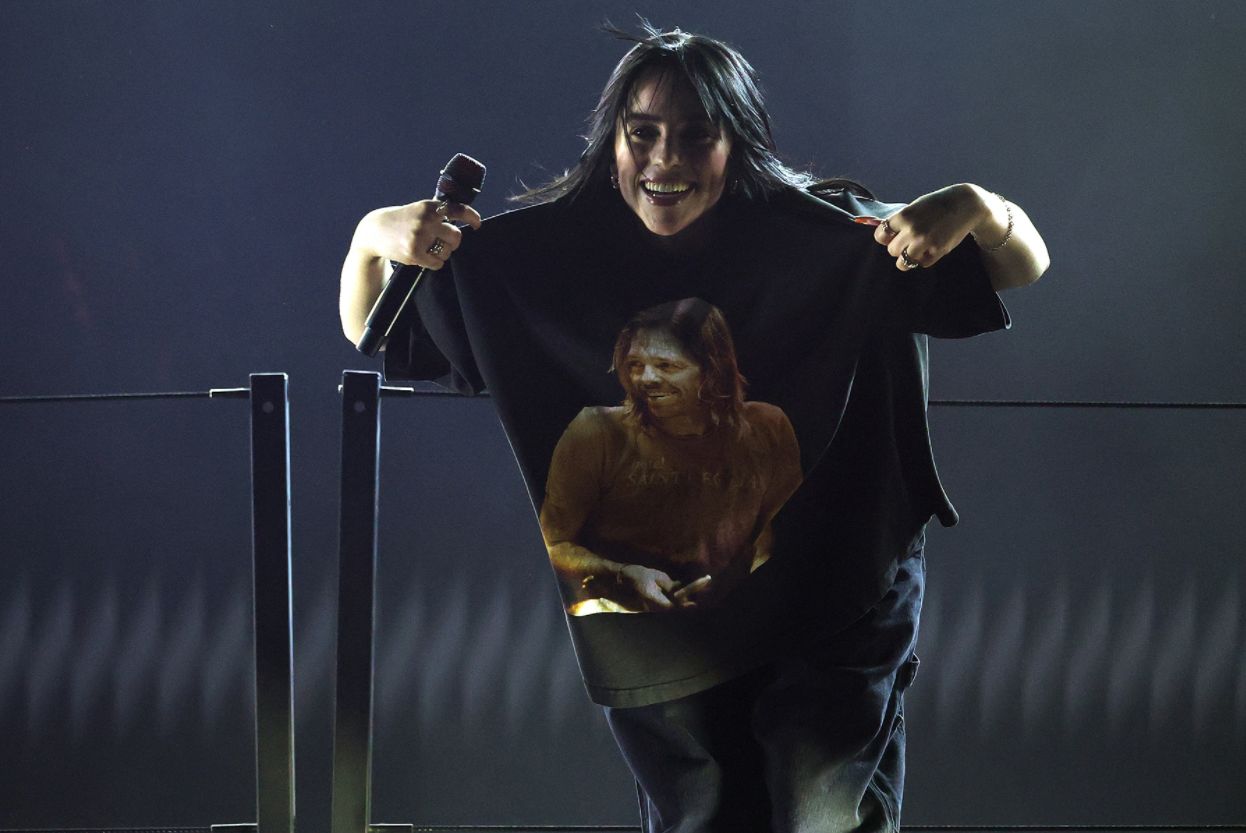 Billie Eilish took the stage at the 2022 Grammy Awards alongside her brother FINNEAS to perform her single "Happier Than Ever". Watch the amazing performance below.

Billie Eilish took the stage at the 2022 Grammy Awards on Sunday night and performed a very rock version of her Grammy-nominated song “Happier Than Ever”. Wearing a shirt that paid tribute to late Taylor Hawkins of the Foo Fighters, she rocked out her performance alongside her brother, Finneas O’Connell.

Though she did not win in Best Pop solo performance category for the song (nor in any category she was nominated in last night) , Billie Eilish’s “Happier Than Ever” sounded amazing on stage with her brother’s guitar by her side. You can enjoy a glimpse of her amazing live performance below.