Home Letter B BIRD
Currently, we have 3 Songs by BIRD 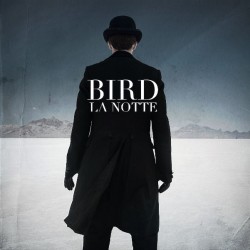 Bird's debut album, La Notte is out on July 9 through Lost Metropolis Records. The Toronto-based Bird recruited some guests for the 12-track collection, including Odonis Odonis, Notes to Self, D-Sisive, Abdominal and Little Brother. The aforementioned press release notes that the album has been "years in the making," which perhaps explains how Little Brother â who disbanded a few years ago â appear here. The collection blends various sounds and influences, from the cinematically rainy intro to the horn-filled hip-hop cut "Still Shine," to the waltzing soul number "Crazy," to orchestral forays like title track and "Maybe Someday." Yes, yes, yes we love it!