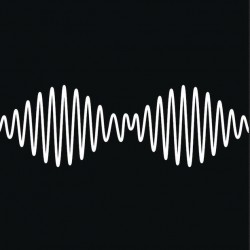 Released via Domino Records, the new effort from Arctic Monkeys comes out September 10th. The new album includes 12 tracks, produced by James Ford alongside Ross Orton. According to the label, this album brings new interest to the G-funk sub-genre. "(The album is) the malt liquor of Death Row records chased down by at the very least a Bacardi Breezer of what (the band) calls 'girlfriend music â the music our girlfriends were listening to at school when we were into Dr Dre.' " At the same time, Arctic Monkeys supports the new release with a headline show at London's Roundhouse on September 9th as part of 2013 iTunes Festival. AM tracklisting: 1. Do I Wanna Know? 2. R U Mine? 3. One for the Road 4. Arabella 5. I Want It All 6. No. 1 Party Anthem 7. Mad Sounds 8. Fireside 9. Why'd You Only Call Me When You're High? 10.Snap Out Of It 11.Knee Socks 12.I Wanna Be Yours

1. Why'd you only call me when you're high? lyrics